A pretty tough week on the courses this week with another 80mm of rain falling.  The courses are still pretty wet from the rain earlier in the month so are taking a bit longer to dry out but the one thing in our favour is the strong growth meaning good turf recovery from the wear.  The West greens are still struggling with the continuing heat and their root structure and depth is very poor so the sooner these high temperatures move on the better.  It's extraordinary to think that on the other side of the country, Perth have had just 15mm of rain since November!!

The week was made even tougher with desperately short staff numbers.  Two full time employees are on annual leave and so a couple of casuals had their hours raised to cover but various ailments have meant that there has been a lot of time off.  508 hours were to be worked on the roster this week but with the time off this was slashed to 403 hours worked - a 20% reduction.  At this time of year and with the damage from the rain it means a lot of work didn't get done.

The weather bureau put out a "special climate update" this week covering the prolonged March heatwave that is affecting many parts of Australia.  There have been all sorts of day and night time temperature records broken including the "Australian area - averaged maximum temperature" that was a whopping 38.14° on March 2nd which beat the previous record from 1966.  No wonder the bent greens are still struggling!  Here is a link to the full update;
Special Climate Statement

And if you think some of the bunkers at Cool Tweed are tough take a look at this beauty at Royal North Devon I found this week!! 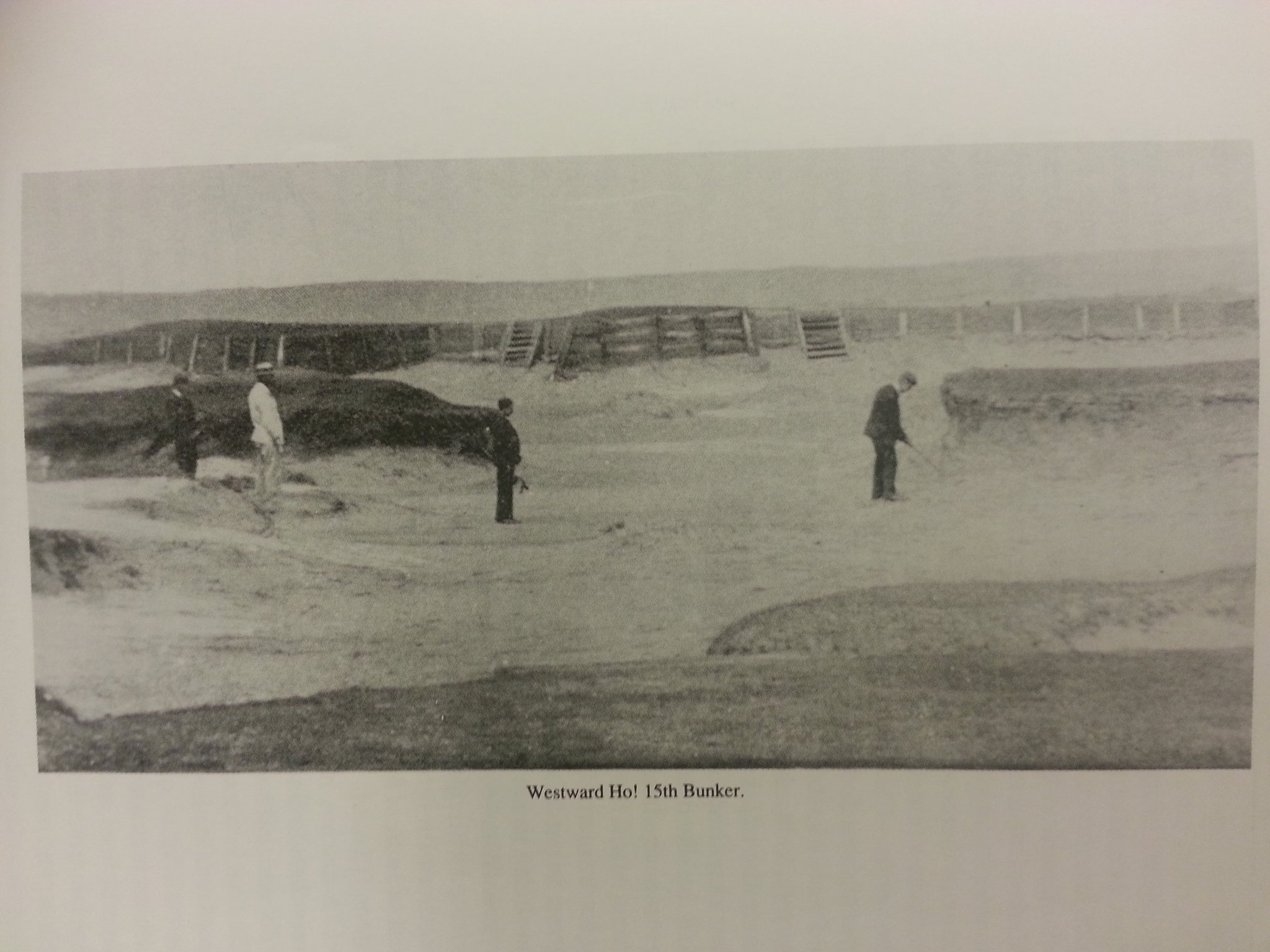 Posted by Peter Lonergan at 6:05 PM